This is the second part of a 2-part special series interview with Former Navy Seal Commander Sam Havelock. Sam provides rare insight into the world of special operations and how people perform in the face of life threatening challenges, ambiguity and complexity. Sam shares his experiences and discusses the critical role that trust now plays in modern organizations struggling to navigate our topsy turvy world. Here, Sam talks about the elevated role of trust within organizations in order to gain a competitive advantage and rapidly respond to issues and opportunities.

Sam Havelock is a remarkable entrepreneur, Strategic Adviser, and Former Navy SEAL commander who has seen and overcome challenges few can imagine. I’ve worked with Sam on various projects over the years and value his unique perspective, clear sighted thinking and profound problem solving skills. Sam started in the Marine Corps and after 5 years transferred to the Navy with the intention to go to basic underwater demolition SEAL training in Coronado, California. By the time he left the Navy in 2012, he had served almost 17 years in the Naval Special Warfare Community – the SEAL teams. With about 17 years in the teams and five in the Marine Corps, Sam served our country for an astonishing 22 years. Thank you for your service Sam. Sam subsequently earned his MBA from Duke and today runs SOFX, a talent recruiting company and publisher of the world’s most widely read special operations daily newsletter.

Listen to the full podcast here, and please subscribe wherever you get your podcasts: Apple Podcasts, Spotify and Stitcher. The following is edited for length and clarity.

Jane Cavalier: Thank you again for being here Sam. I know you operate a recruiting company as part of the SOFX enterprise which allows companies to access special operations talent. Why would or should a company want to do that?

Jane: Explain what you mean by the action bias that a special operations veteran brings to the table?

Jane: A lot of CEOs today are facing threatening, uncertain, ambiguous and complex situations. Do you have any leadership advise for them?

Sam: As a CEO or an organizational leader, do not just focus on the qualification attributes certain individuals bring with regards to an educational background or a set of experiences they might have, or a pedigree, because of the places they’ve worked, because you can make wrongful assumptions. Just because somebody worked at a blue chip company like Microsoft, it doesn’t necessarily mean they are high value talent. What you really have to do is look much deeper at the individual with regards to their bias in terms of integrity and ethical code – to what extent are they going to do the right thing, no matter what and no matter who’s looking. The rest of this stuff, you can train people to do.

Jane: So, in your view, ethics is paramount to building a winning team today. Why?

Sam: Nowadays, in an information filled world, the leaders are much closer to driving a car that’s out of control already because of the speed and velocity of how information becomes reformatted and changes the operational picture. Our world is turned upside down and now institutions that we thought we could trust, nobody seems to trust any of them. We don’t trust the media and don’t trust the government at this point.

Jane: So, we fill the company with high trust people. How does that create value?

Sam: You’ll have an extreme advantage. And what I mean by that is a high trust organization can move out at a speed that a low trust organization, low trust culture, can’t keep up with. There’s just no way to compete. If people in a high trust organization are making decisions on the spot because they’re supported by their leadership and their staff has this culture of trust, they’re just going to move much faster than their competitors. If you can curate that type of culture in that environment and pick the right seed stock to begin with, you arrive there.

Jane: So, the root source of being able to create a high trust organization starts with the right people.

Sam: That’s exactly it. We can give, we can build, we can invent the most eye watering, magical operational technology in the world, but it does not and never will give you the extreme battlefield advantage you need, if you don’t have the type of human being you want behind that technology.

Jane: The special operations community has a unique culture that is driven by trust. Despite heavy use of smart technology, that culture seems to rely on people above all.

Sam: Right. If you were to examine the special operations community and think of it as an operating system, the operating system begins with the human being. Everything we do with regards to building that community starts with an extreme focus and emphasis on the humans coming into it. And in a technology filled world, we keep on making the assumptions that, “Hey, software is eating the world. Everything’s going to be fixed by AI and machine learning and robots and this and that, and the other thing.” But in the special operations community, we hold these truths to be self-evident that it’s all nonsense. It all starts with humans. A lot of people ask, to what extent are we building a technoscape that is going to be beyond the ability for humans to control them. But, that’s probably a subject of a different podcast.

Jane: One final question. How difficult is it to recruit people with a strong character, moral compass or code?

Sam: It’s not that difficult because there’s different techniques that we use. In the special operations community, there are various techniques that are born of the intelligence community with regards to making determinations about the veracity of things or for the truthfulness of people. If you think about it, a lot of times special operations forces have to deploy into very austere environments that are within a culture that they obviously never grew up in. And they have to make very rapid decisions about who they can work with, who they should network with, who is a friend, who is a foe, to make sense of the operational picture and the culture and community. They may need to build trusted, established relationships in an Afghan village. So, you’ve got to have capabilities to be able to detect who you’re dealing with. We just leverage many of those basic skills in the context of what we do to help corporations pick the right people.

Jane: It seems that the superpower of these elite warriors is an exceptional sensibility to understand people and context- something extraordinary that most of us lack.

Sam: Let’s take a 27 year old man. If a 27 year old man has spent, let’s say after college, five years in industry doing different jobs, how many depends on which industry. But how many times have they had to make life and death decisions for themselves or others in your average job context? Unless you’re in law enforcement, that’s different. But suppose you’re an enterprise software sales, right? And then suppose you’ve got a 27 year old Former Navy SEAL or soon to be separating Navy SEAL who’s spent let’s say since he’s been 18 or 19, six or seven years in the operational field. He’s done a number of deployments, say four or five deployments overseas, has had to build rapport with tribal elders in the Eastern province of Afghanistan, has had to make life and death decisions for himself and others on every deployment. Think about the decision making fiber. Who’s got the stronger set of instincts? Who has got the bigger action bias? Who has a much more tuned up sense of people and how to deal with them? You can train the 27 year old SEAL all about how to conduct the process of software enterprise sales, but it would be impossible to train the other kid about critical decision making under conditions of pressure, stress and ambiguity. It’s just not possible. It’s an experiential sort of learning.

Jane: That’s quite a compelling contrast. Do you find corporations hungering for special operations talent?

Sam: To me, the value play is just so obvious, but corporate America doesn’t really get it. They don’t, because they don’t understand that the special ops’ cognitive ability to make hard decisions is just much stronger. It’s a muscle that’s been exercised again and again and again in a variety of circumstances. They’ve had much more responsibility over the course of their young lives, and the implications for making wrong decisions were much more profound. It’s just so obvious.

Jane: As always Sam, you make so much sense. It is clear and obvious.

Sam: The United States Navy, Army, Air Force, Marines, and the modern corporation. We all start with the same stock of people generationally. They lived in the American culture, but then experience becomes very different both from a training standpoint and an investment standpoint. One has the benefit of over 200 years of government wisdom on how best to mature the human to be capable and efficient at critical decision making under conditions of pressure and ambiguity. All of that institutional knowledge goes into training them. And then you’ve got the experiential piece where they’re deployed again and again and again. You just can’t replicate that and a corporation could not afford to do that.

Jane: Sam, for people interested in learning more, tell us about your newsletter.

Jane: That’s great, Sam. That was just fantastic. Thank you again for your service and your leadership. And thank you for sharing all these insights with us today.

Sam: Jane, thank you very much. And the truth is I should have paid the government for it, because it was such a remarkable life and with such beautiful people. I can’t imagine life better spent. So thank you.

Listen to the full podcast here, and please subscribe wherever you get your podcasts: Apple Podcasts, Spotify and Stitcher. 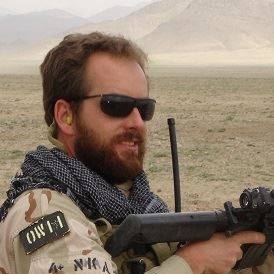 Subscribe to Overhead Space to receive mind-expanding editorials and interviews to help your organization reach its full potential.

Discover more with our podcast interviews where experts share insider insights and unconventional thinkers discuss novel ideas. Subscribe to listen on Apple Podcasts. Better yet, write us a review! We love hearing from you.

Brand Graphics You Can Use